In case you didn't know, I'm doing a Forever 21 giveaway for a $20 E-gift certificate. To enter, please click on this post here and comment, or scroll down!

In continuation of my FNM-inspired post below, later that night I decided to keep my alter ego alive and take her to my boyfriend's band's concert. I added a kicky beret to match my beloved Chloe boots and felt very avante garde, dangereux and French. No one really recognized me, which I got a kick out of, and I totally felt bitchier than normal. Which was a suprisingly good thing - I sneered at most men I saw, and this time it fit the character!

What was really fun to see was some people giving my bf the stink eye when I started hanging off of him. They were mighty relieved to see it was actually me, and not some random. Most of my friends didn't even make eye contact with me, they thought I was some stranger...I guess the last time most people saw me was when I looked like this:

Pretending to sing at the band's rehearsal space The girlfriends, manning the merch table Singer aka Gold Teef for Erbody

For those that were asking about the band (The Saints Collapse) last post, you can listen/buy their tunes from iTunes, CDbaby, Amazon, etc.

Stream them here first on their Myspace page.

If you're at a show, you can pick up their CD or amazing poster drawn by the talented Jesse Castillo (nee Barber). He can sing, write music and is one bad ass artist (just wait for there first video - totally animated in Flash, it will blow you away). 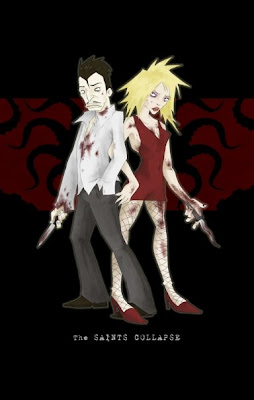 Last year they did a rad cover of Dick in the Box, where the singer's brother joined him on stage for that special song. Hilarious.

Anyway, if you like them or know someone who would, show me a little love and lets spread the band around. The Vancouver music scene is notoriously difficult for live shows, especially if you are in rock, so it's hard to get the word out, unless you are totally mainstream (and suck balls, imo) like Theory of a Deadman and Nickleback (sorry Amanda, I know your cousin is in Theory of a Deadman...:P).


PS - I should mention that I went to this show instead of my TEN YEAR HIGH SCHOOL REUNION! Can't believe I have been out of high school since 1999!!!!!!!!
Posted by Wanderlusting at 10:40 AM 22 comments: 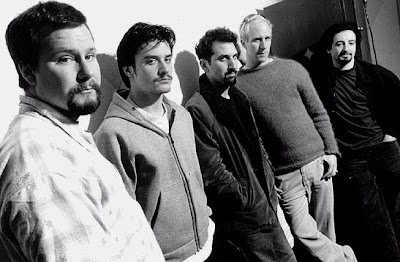 Faith No More is the most AMAZINGLY underated band that ever lived.

And I can gaurantee that 75% of you will have never heard of them before. I'm not saying this cuz you all ain't cool (YOU ARE =), it's just the band isn't and wasn't very well-known for some reason (depending what circles you hang out with, of course).

But there's nothing better than discovering a band/music that's new to YOU!

And if you have heard of them, you probably only know them from the Red Hot Chili Peppers-esque song: Epic. The song was a huge hit back in the early 90's, however I happen to think it is one of their worst songs, and after hearing the rest of what they have to offer, I think you will agree.

Faith No More really came into their own when Mr. Bungle singer Mike Patton took over as lead singer at the tender age of 21.

Just look at this baby face!

Mike Patton is the most versatile singer to ever live.

I am not exagerating. This man can do it all, as evidenced by this quote:

Aside from Faith No More (which recently reunited - THANK GOD - after 10 years), Patton helms other bands and project such as Peeping Tom, Lovage, Tomhahawk, Fantomas, General Patton VS the Executioners and of course, Mr. Bungle (and you thought YOU had a lot of side projects going on!). I will actually devote another post purely to Mr. Patton himself and his awesomeness (great outfit inspirations there) but for now I will focus just on Faith No More. When I show you what he can do outside of FNM, you will be gobsmacked. Srsly. 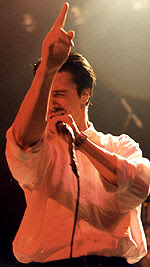 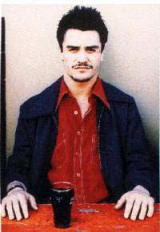 Aside from Mr. Patton's smoking hot good looks and outstandingly versatile voice, I love Faith No More because of how much soul and atmosphere the band's music has. And the fact that they rock my face off -literally. Loud and proud but with melody and range.

Though FNM is classified as metal - Patton can scream his F*ing head off like no one's business - the band also dabbles in trip hop, lounge music, jazz, rock, punk and even pop. My favourite FNM songs are Ashes to Ashes, Everything's Ruined, Last to Know, Just a Man, From out of Nowhere, Last Cup of Sorrow (the video I have on my blog post HERE), King for a Day, Stripsearch, A Small Victory, Midlife Crisis, Crack Hitler, Absolute Zero, to name a few lol. 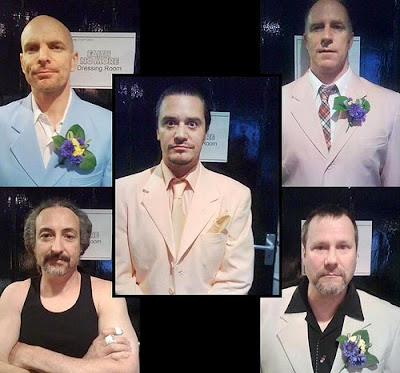 Here's the gamut of what they can do - please watch them all or at last most to get an idea. It's worth it, I promise.

Here they are doing a cover of "I started a joke" by the BeeGees, this is a perfect example of how this man CAN SING and live too. At least watch till 1:20, though the notes he hits at the end, wow. Gives me goosebumps.


So that proves that he can sing - and they can do the loungey thing. LIVE!

The sexy, moody sounds of Stripsearch might sound familiar to you - I've been playing a short clip of it on my blog for the last few days. BTW that item they show on the table at the end is a grenade....it's kind of hard to tell.


How about we look back at the hilariously bad video from Patton and FNM's early days, "Everything's Ruined" - this video is so bad and crazy on purpose, it's worth a look regardless. Plus it's one of my favourite songs and really showcases their original funk metal sound (that influenced SO many bands afterwards):


I love where they pretend to be airplanes and then get attacked by a giant turtle at the 2:40 mark - looks like they had a lot of fun. Despite the title, this song and video always makes me happy.

DAMN he's one sexy man. And the fact that he can sing definitely helps. Or maybe it's the other way around. No other man's voice has ever made me wanna take my clothes off like his.

Anyway, there is more to FNM than Mike Patton - the entire band (though they have moved around a lot with lots of switching) is a jovial bunch. I enjoy following Keyboardist Roddy Bottum on Twitter and reading his appreciative updates while on tour. Billy Gould is a good sport, willing to dress up like a woman for the Last Cup of Sorrow video and how can you not like a drummer named "Puffy" with the most awesome dreads in the world? Plus Roddy, the keyboardist, is one talented dude. I think his keyboard sounds are what really make the band stand apart. Every rock band needs a keyboardist, damnit! 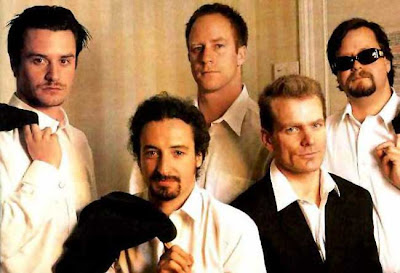 Faith No More are currently on their world tour, hitting South America over the next two months and then Australia for the Soundwave festival in Feb. They have yet to come to North America.

I swear, even if the closest they get to Vancouver is LA, I am GOING! There are only two bands I would fly roughly anywhere for and Faith No More is one of them (the other is Led Zeppelin. DAMN YOU ROBERT PLANT!).

And so with much ado, here is my inspired by Faith No More outfit that I almost ended up wearing to my boyfriend's concert that night (coincidently the closest band that my bf's music sounds like is FNM, no wonder I like them). I still wore the skirt and top but added a red beret and boots and...well, you'll see next post ;P

I thought my Jeffrey Campbell boots had the perfect 90's vibe (though not as flash as the Opening Ceremony ones, they are much cheaper!), as did the cargo skirt. And yes, that is wig :P and yes I wore it out that night - why not? I enjoy having an alter ego. But more on that next post :P

OH and of course, a giveaway! Because I LOVE MY READERS!!!! In one week I will do a draw for a $20 E-gift certificate to Forever 21 (open to everyone as long as F21 ships there). That could get you some good stuff!

To enter, just tell me what you thought about this post/the music/the outfit or what band would you do anything to see?

And if you have been lucky enough to see them this summer...tell me about it so I may live vicariously through you!

Addendum - Sept 28: Faith No More just added Wellington and Auckland New Zealand shows for February. I am heartbroken that I will miss them by two months :(

How to look cool*

(Subtitle: Or how to dress like a jaunty old Oxford professor who went fox hunting in his spare time before deciding to become a Pirate)

I'm not very fashion forward - least I don't aspire to be. But there have been two instances that have come to mind in which I have worn something years before it became "IN." First there was the gladiator sandals, which I busted out back in 2006: 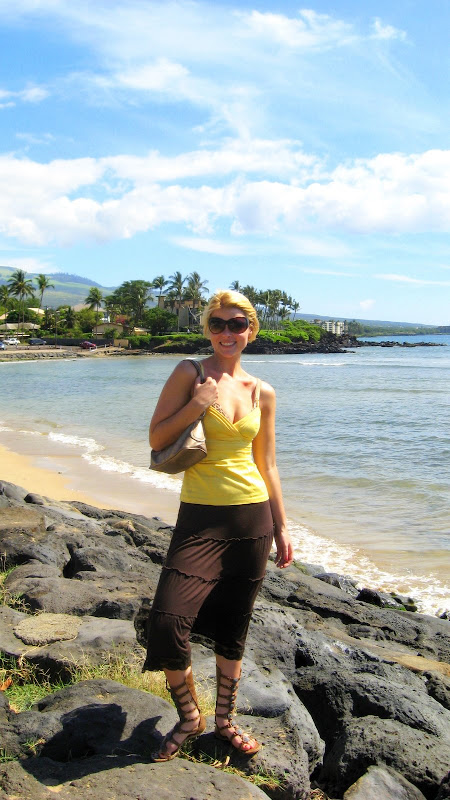 To the strange looks of people around me.

And NOW there is the over-the-knee boots trend, boots that I bought back in 2006 as well and which I then proceeded to wear...a lot. I got them in Paris and featured them on this blog quite a bit...and most of my readers JUST DIDN'T GET IT! They said I looked like a pirate and/or hooker (perhaps a dirty Pirate hooker?): 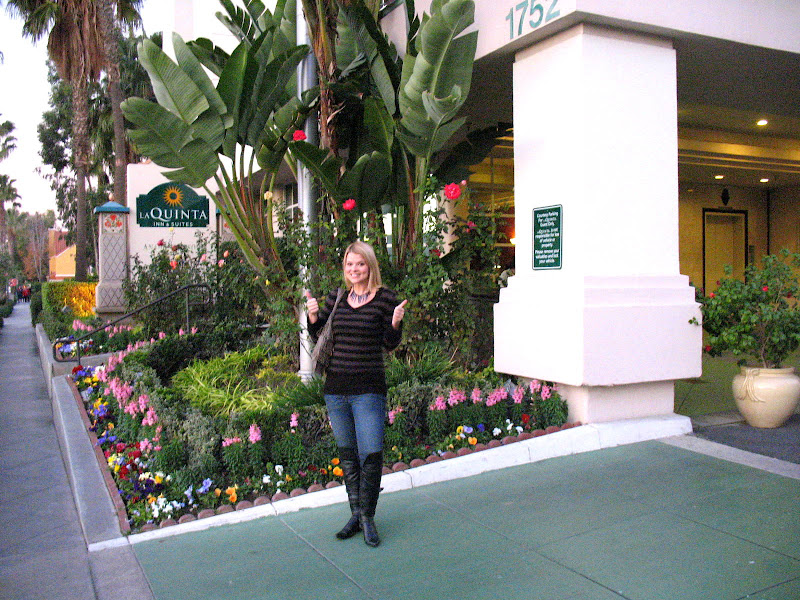 Well, now the boots are in so who is laughing now?! Me, or the pirates?!

Anyway, I'm not pretending I started this whole trend because let's face it, the only things I start are fights, but I like to think I might just be more fashion forward than I think.

So for nostalgia's sake, I present to you the outfit I wore to work yesterday.

I call it "A jaunty old Oxford professor who went fox hunting in his spare time before deciding to become a Pirate." Flowers: Courtesy of my boyfriend who thought it would cheer me up. It did! Though he's the one who deserves flowers, being that he is usually my photographer. These photos though were ALL used on self-timer, as the camera was wedged in a tree (don't have a tripod). The light was fading and I couldn't wait around - gotta be creative!

PS is it just me or do these boots resemble these hot-off-the-presses Carry boots by Jeffrey Campbell? 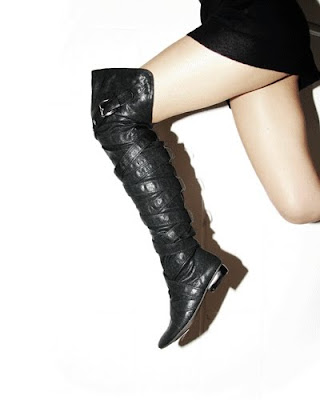 *disclaimer: I use the word "cool" because two people at work said I looked "cool."

I am not cool.

What IS cooler than being cool though, is ICE cold. Uh huh. For pictures of ice (aka when I went Glacier Hiking in New Zealand) click here (opens new window).
Posted by Wanderlusting at 9:56 AM 23 comments: