Well, as I was flipping through a few photos of Palm Springs when writing my Coachella/Gorillaz post yesterday, I remembered that my mother and I checked out the Palm Springs Air Museum in January. She's been many times - she's actually a member - but this was my first outing.

It was a little hard to fully enjoy it...I was tired and the dog had just died a day or two before so I was NOT exactly in high spirits (in fact, I ended up crying for hours after the visit...ugh, sorry to be a downer but it still hurts my heart RIP Muffin :( ) but looking back it was quite interesting and entertaining.

I'll have to go back next time, if not just to soak up the historical articles and artifacts that abound in this WW2-centric airplane hanger (I love history, especially WW2). And to hopefully see things without a broken heart.

My mother gets blown back by the jets 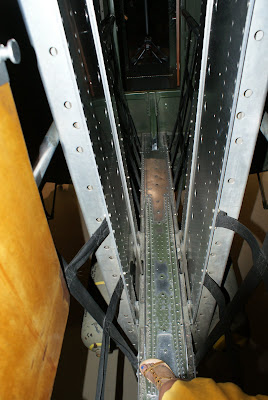 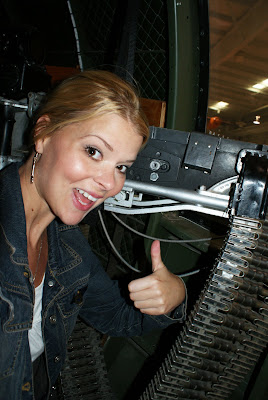 F*ing crazy bubble at the bottom of the plane where the tiniest fighter ever would sit and fire the gun in all directions. Not for the faint of heart! 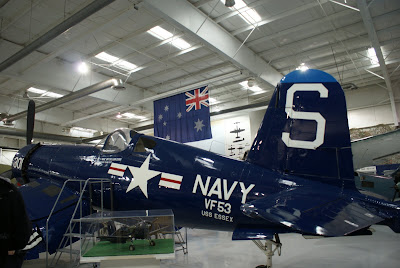 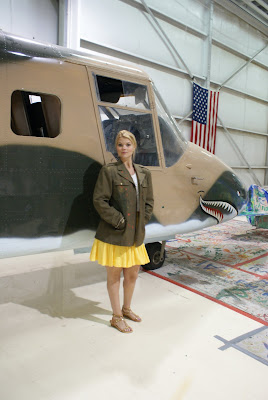 I think the RAF jackets should come back in style... 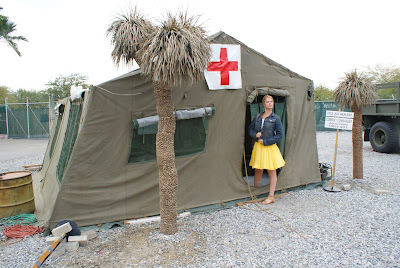 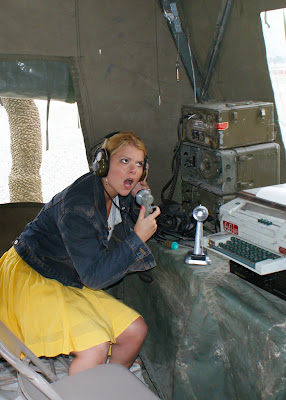 Note: the white top is actually a dress. I wore it underneath the yellow skirt as extra "coverage" in case the winds whipped the skirt up - after we left the museum, there was torrential wind, rains and flooding for the next few days!
Posted by Wanderlusting at 5:04 PM 13 comments:

BlogRoll has been updated - please let me know if you wish to exchange links!

I was a bit weary about the Gorillaz "Plastic Beach" after hearing many fans complain about how it's no Demon Days, that it was hard to get into and a little slow.

I'll agree that it definitely is NOT Demon Days but it's still a very good album. Damon Albarn and crew were never one to just stick with a formula and each of their three albums have all been very different from each other.

Personally I like Demon Days better just because it's really quite the "Feel Good" album...and no, that pun was actually not intentional lol! But Plastic Beach is some great, chill, cruisy music that NEEDS to be listened to in its entirety. From the first real track with Snoop Dogg (which is actually very cool, don't be put off if you're not a Snoopy fan) to the ending track with, this album needs to be listened to in one go.

And then again, and again.

My personal faves from Plastic Beach include "Rhinestone Eyes," "To Binge," "Some Kind of Nature" and of course "Stylo" with Mos Def and Bobby Womack.


Unfortunately the official video does not allow embedding, but you can view it on youtube here if you haven't seen it already: http://www.youtube.com/watch?v=h9vAOzYz-Qs

I have to say I am SO excited to see Gorillaz Live at Coachella in three weeks. They put on such an amazing show (watch the ) and I know from their recent setlist at a UK show, we are in for a treat. What are the chances that Mos Def and Snoop will show up? VERY GOOD.

OK, speaking of Coachella, I've been slowly getting excited about it, just finalizing some last-minute lodging stuff. It's funny how when the Coachella line-up was announced and I bought our tickets (THAT day haha), I was actually IN Coachella (well, Palm Springs). Of course, that was a terrible time because my dog just died a few days before :( however, I stumbled across some pictures of me in Palm Springs...can't wait for my sunny-weather festival outfits:

Last but not least, I've been trying to get to know all of the bands that are playing at Coachella...of course I've got MY MUST-SEE Favourites which include Faith No More (goes without saying), Gorillaz, Thom Yorke, Dillinger Escape Plan, She & Him, Them Crooked Vultures, Muse, and Jay-Z...as well as Sly Stone, The Specials, DEVO, Deadmau5, Les Claypool, Orbital

HOWEVER - as you can see from the poster below, there are SO many other acts to watch...so, providing there is no conflict with the bands I gotta see, I am asking YOU dear Reader, if there are any bands below that you think I should make an effort to see. Give me a good reason too :) 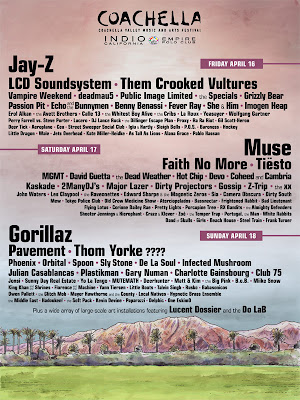 #######OH YEAH - btw, I wrote a piece on a wonderful town in Spain called La Alberca. The article and my photos are published now HERE on GoNomad.com.
Posted by Wanderlusting at 1:10 PM 15 comments:

Don't forget - adding to my BLOGROLL this weekend, please comment if you want to do a link exchange or at least want your blog on my blogroll (I won't be offended)! Thanks!

At long last...here is my post on all my Olympics Outfits.

I'm telling you, I had no idea I could make all this white and red in my wardrobe work but everyday of the Olympics I was put to the test (as were many other Canadians in the city).

+warning - lots of photos, apologies if it makes it slow to load+

My bf took me out for dinner at Chop Steakhouse - SO good, as always. It wasn't Olympics-related but I still showed my "true colours"

Walking over the Cambie St Bridge, taking in the wonderful "winter" weather

Muk Muk and Quatchi join me in a backyard party

My Volunteer Mommy and I before her shift

After excellent Yaletown Sushi with the girls (after running into Daniel or Hendrik Sedin - TWICE!) Traded in a pin for a Muk Muk pin! My friend Matt went all out with his hair...you should see the mullet at the back, haha. Last night of the Olympics, Canada won 4 medals while we were watching the games on the big screen at the Edgewater Casino ($3 pints)

Wild Boar Caesar (with bacon garnish!) at The Alberta House

At the Edgewater Casino AGAIN to watch Women's Hockey (was it?) with ex-Blogger Pirate Meg

At Celebrities with the gals

Opening Day of the Olympics with Mini Patton

Banging the Coke Drums at The Richmond Ozone

Final fireworks of the Olympics (during Closing Ceremonies)