Inspired By: The Who I adore The Who. Maybe I just have an affinity for British bands - and I know my chosen genre is classic rock. But The Who rises far above most British classic rock bands. 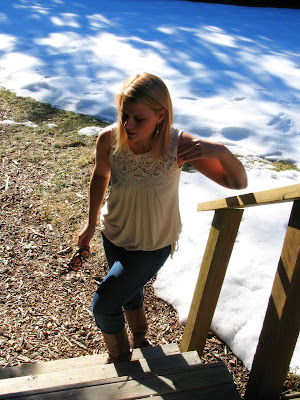 It is the kind of sprawling, pushing music that spans the ages, from sounding slightly "Beatles-esque" from their earlier songs like "My Generation" and "Happy Jack" to the almost 80's tinge of "You Better you Bet" and "Eminence Front."

And who can forget the Rock Opera smash TOMMY, of which one of my favourite songs "Sparks" originates (of course, most "young" people these days only know The Who from CSI - all of CSI's theme songs are original The Who songs). 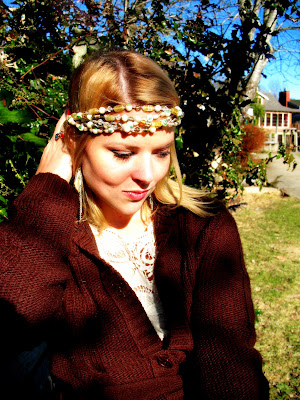 Of course, The Who also puts on one amazing live show, which I was priviliged enough to see a few years ago during their reunion tour. Both Roger Daltry and Pete Townsend (and his windmill arm) were in peak form. 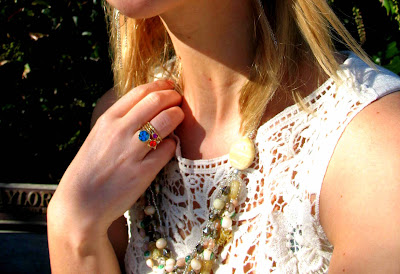 When I thought about dressing like "The Who," I felt this earthy rock vibe. Ripped outta the 70's with hippie feminine touches on a rougher tomboy-like frame. A little bit of poppy sunshine doesn't hurt either. 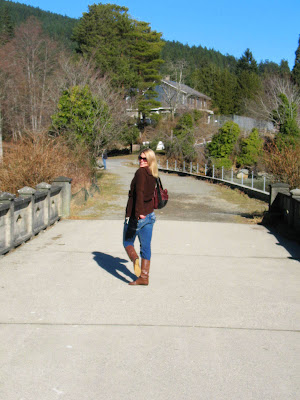 Posted by Wanderlusting at 4:40 PM

nothing to do with your post today, but i was watching a movie today and I totally thought about you.
:)
hope you had a wonderful weekend and you have a great week!
:)

Love your look, especially that tank! And yes you should totally try a clip in bun - so fun!

Weren't you freezing wearing a tank with snow on the ground?? lol

I love The Who. Great jewelry you're wearing too.

darling im loving all the accessories in this post. gorge ring and what beautiful photos.
muah x
marian

Thanks peeps - and no, I wasn't freezing. I wasn't exactly "warm" but the snow was from a long time ago :)

You in the snow wearing a tank top, the contrast is just too cool! Great outfit.

I completely feel your pain about the Canadian forever 21 site. I even emailed them to complain about the differences in the Canadian, and USA site.. They told me that they are sure that most items on the USA site show up on the canadian site as well. It really turned me off, and made me feel upset! I really like forever 21, in store, but I can't just go to Edmonton. It's unfortunate, I hope the Canadian site gets better, and I'm also hoping the customer service improves. I'm glad to find you! My fellow style-lover Canadian. :)

Talk to you! Love
amy