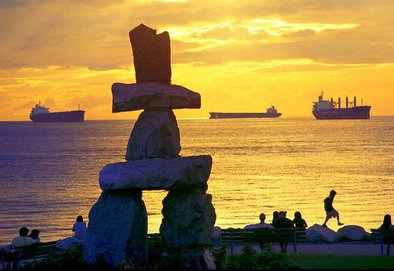 Is there such thing as the "Freshman 15" that applies to recent grads? Doesn't the Freshman 15 happen because it's the first year of uni and therefore is a huge transistional life phase? Can the same be said about people who enter their first year of the workforce?

The reason I ask is because I have put on this so called "Freshman 15" (Entry-Level 15?). Ok, it's not so much as 15 pounds, but I have put on 5 and I've always been atleast 5 pounds overweight anyway. So close enough. And of course, like usual, I've waited until summer is almost over to do something about it. Procrastinators of the World unite...tomorrow!

And though I'm trying to eat well each day, I've been ignoring the "painful" part of weight-loss, which, of course, is excercise. But today during work, I was plagued by signs that kept reminding me that I really do need to start breaking a sweat. First of all, I had an interview with Michael Thurmond. He runs the super successful Six Week Body Makeover and is the main workout dude on Extreme Makeover. Just talking to him on the phone made me feel guilty and fat. Second, I had to sign up Cardio Core Bootcamp as one of our sponsors...and since the branch I signed up was in West Vancouver, I thought it was a little too close for comfort. Give them 5 days a week for a month and you'll be smoking in no time. I'm seriously thinking of signing up with them cuz Michael Thurmond's Spa is $5,500 a week. And then the third sign was the fact that I have ANOTHER oncamera interview on Friday. OH...MY....GOD.

So, instead of getting home and passing out like I usually do, I decided to put on my runners and head out the door. I walked fast enough to break a sweat, then headed down to the seawall. With the sun setting over English Bay and the fresh scent of sea air, I thought to myself "Why the hell don't I do this more often?"

Then I noticed something. I was the only solo person out there. Sure, there were tons of people walking, biking, rollerblading, kayaking...but there were very few people on their own. In fact, most people were coupled up. As in relationships. As in, hand in each other's pockets, head on shoulders, smiling and laughing, tickling, sharing stupid stories and acting all lovey dovey in general.

It made me sick. There is nothing worse than being all alone and being surrounded by all these disgustingly happy couples "excercising" together. I mean, do people just head down to the seawall to be seen as a nausea-inducing pair, or is it all one big, fat coincidence? Because I'm getting the impression that at every sunset, these love zombies go on parade. So, of course, now everytime I go for a walk/jog, I have to prepare for the enslaught of super-smugs flaunting their coupledom.

*Sigh* As if excercise isn't hard enough already.
Posted by Wanderlusting at 8:31 PM

haha oh my God I totally know what you mean...PDAing in public constantly is bad enough but to PDA while exercising during the sunset? BLECK is right.
Another on camera interview? That's awesome!

I went for a walk this morning and it was definitely a different scene...nothing but lone walkers and joggers...and some very untrustworthy geese.

careful of geese...they always have that sly gleam in their eyes...