Shacking Up and STP 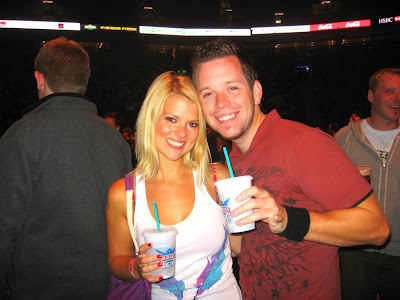 My bf and I went to the Stone Temple Pilots concert on Saturday and let me tell you, it was FUCKING AWESOME!

I know there was some naysayers at the show who might have dissapointed because they sounded too much like STP but you know what? I've waited TEN YEARS to see STP live and I am fucking GLAD that they sounded like themselves. 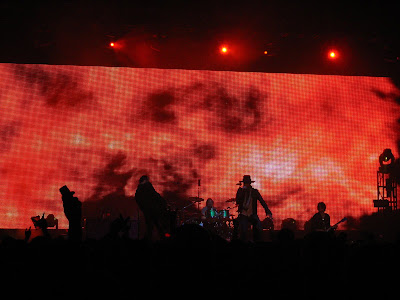 They played almost every song off of Thank You (meaning all the greatest hits) plus some songs from their earlier albums which weren't well known. Interstate Love Song, Sour Girl and Sex Type Thing were favs of mine and they saved best for last: Trippin on a Hole. I headbanged the crap outta that song - felt like I was 16 again! 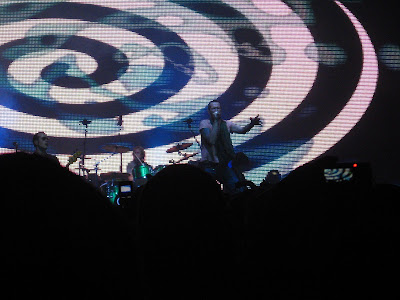 In other news, The Rockstar and I are moving in together October 1st! YAY!

But the house-hunting is being put on hold - for the moment.

As you know, Vancouver is one of the most desirable cities to live in in the world (see previous post which a travel website picked up)and of course that means that prices are sky high.

We are approved for a 284k mortgage which is great but we can only really afford a 250k mortgage (keeping our payments low as possible). That's nice and all but the apartments we are looking at are in the 280-320K range which means we need a deposit of about 50-60K.

This is where my dad WOULD HAVE come in. My own apartment is not selling because the market has slowed and that's fine BUT my dad has 70K of his own money in my place, 70K of which he would have put towards our new place. But now he can't. HOWEVER, he did say he would put some in - providing that my boyfriend's father put in at least half.

My boyfriend's father is awesome. He's 55, handsome as hell and retired. He's made tons of money off of investments and this investment for him sounds like a good idea. He totally thinks it makes sense for us to buy our place instead of rent. However, he thinks we should wait 6 months because the market is bound to drop another 10%, meaning we will get a lot more bang for our buck.

It makes sense and my dad agrees too, of course. But it also means we have no choice but listen to our "investors." We wanna buy a place NOW but realistically that won't happen until March.

And so, my dear, poor lover will be moving in to my place next month.

I'm not terribly excited about stil living in this damn place since I am SO sick of it and not that excited about waiting six months for the fun to begin.

But I am excited for us to be living together and that's what counts.

It's just not going to be easy, especially for someone like me who doesn't normally live well with others (I need alone time. A lot). And I like my early-t0-bed sleeping habits. And I like all the closet space possible.

But I know that somehow (somehow) we will persevere over the next six months. We will be in each other's hair a lot, we may even fight ocassionally (I wouldn't it past us) and it definitely will be the ultimate relationship test.

Yet the bright side is that we are doing it - together - and when this is all over (probably before we know it) we will be living in the sweetest most awesome apartment ever.

And it will be ours. OURS. Forever. 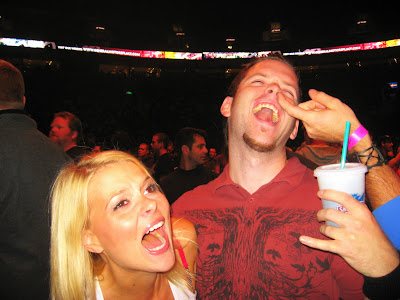 Posted by Wanderlusting at 4:39 PM

STP wouldn've been totally awesome. So jealous! And yay for you guys moving in together! There will be fights, no doubt, and it will be strange at first, but it'll soon past and you'll start to wonder how you ever lived apart! :)

How'd that extra n get in there? lol Wtf N!

I am so happy for you! This is great news, despite the having to wait to move part. But think of this as the crash course in living together. If you can survive living practically in each other's laps then when you get your new much bigger place cohabitating will feel like a breeze! I am sure six months will fly by in no time. :)

I'm so happy for you!

430 square feet? Wow! How do you do it? I mean, it's good that you two are so in love and all because you are going to be right on top of each other. Still, you're together and it's a nice place and you guys are going to have gorgeous children.

Wait, I'm getting ahead of myself.