This weekend, my lover and I went to Seattle. I had planned it about a month ago to have a nice little romantic trip, especially since the Rockstar hasn't even been to Seattle (which is unfathomable when you've lived in Vancouver your whole life....it's a 2 hour drive away!)

Of course, romantic trip soon turned into shopping spree. You see, you Americans may not know this (because most Seattleites didn't know this) but the Canadian dollar is now higher than your dollar. HA HA! That's right, after years of forking over extra to shop in the states (you do have better shopping, IMHO), our Loonie has gone above the US dollar and rests comfortably at 1.07. For the first time ever, it has become CHEAPER to shop down South.

As the man at the border said to us, "Have fun shopping. It's good for our economy."

He also said it in a dead-on George W. voice which was a little unnerving.

Anyway, it was our long weekend as well so we made sure we left with plenty of time. We woke up at the horrible hour of 630 (more horrible considering it was a Saturday) in order to reach the border by 745 AM. I drove like a maniac, thinking of how nice it was going to be to get there early and just cruise on through.

For some reason though, EVERYONE ELSE IN THE ENTIRE CITY OF VANCOUVER had this exact same idea. The main Peach Arch border crossing was backed up on to the highway. The truck crossing (where cars are welcome!) was backed up past the main intersection, spreading out in four different directions.

Both line-ups were over THREE HOURS LONG and I was quickly running out of gas. After waiting in line and NOT moving for 20 minutes at the truck crossing (which normally is shorter but for some reason was an hour longer than the other one) I did a U-turn and drove on fumes to find a gas station. Then I headed back to the border again. I mean, we had no choice. The hotel was booked and paid for and I had US dollars to burn.

Luckily the detour I took to the gas station meant that in order to get to the other lineup I would have to take an exit and then merge. That merging lane meant I shaved off about an hour and a half of waiting in line and SOMEHOW we were through the border and out in the other side in 45 minutes! I turned on the radio just as we got through only to hear that the lineup was now at four hours. How lucky were we?

Anyhoo, Seattle was awesome. We did touristy things like checked out the Space Needle (from down below), went to the Sci-Fi museum (which got me so nerdishly excited!) and the Experience Music Project museum, where we gawked at Kurt Cobain's guitar and jammed out in the sound booths. Later, we capped it all off with a night at the Zig Zag Cafe and Lounge. Honestly, they aren't kidding when they say they have the best cocktails and bartenders in the country. The drinks were unbelievable.

Here are some quick pics: 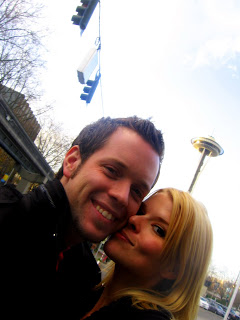 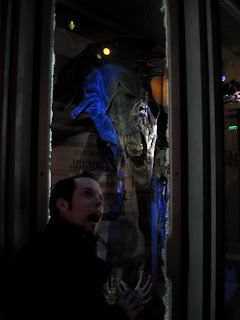 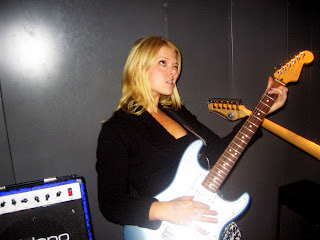 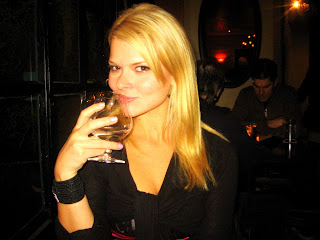 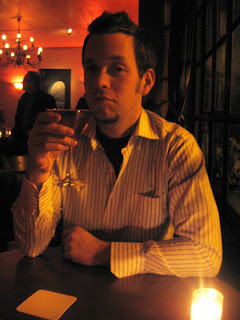 Oh, and of course, on the way back I blew more money than I could afford (especially being unemployed and all) at Forever 21. This is when being impulsive got the best of me. I literally grabbed clothes off the racks, didn't try them on and just bought them. Some turned out OK, but there is an item or two that I probably wouldn't have bought had I taken the time to think it through and try it on. I was just so caught up in the "HA it's so cheap!" mentality that I completely blacked out. Something tells me that I should probably avoid the states for the next wee while (until I join my parents in Palm Springs in Dec), lest that should happen again. After all, just because something is "on sale" doesn't mean you really need it.


On that note, I also did the most spontaneous thing ever on Friday. Looking forlornly at pictures of Disneyland, I suddenly grabbed my credit card, went to Expedia and booked a 5 day trip to Disneyland in January with the Rockstar.

Yup. One moment I'm bored, the next moment I'm jumping up and down on my bed because I'M GOING TO THE HAPPIEST PLACE ON EARTH WITH THE BEST MAN ON EARTH!

Seriously though. Keep my credit cards away from me ;)
Posted by Wanderlusting at 4:44 PM

hahaha...I feel the same way about my Credit Cards...its a love ahte relationship. But I figure I would rather have the holiday and pay it off than save for it and never go.

Glad you guys had a good time. Next time you guys will have to give me a call. Beers are on me! ;-)

Haha I have the same tendency to impulsively buy things because they're cheap. Gah!

Thanks for posting and glad you had a great time in Seattle...I miss my hometown!

Our dollar is at about 0.90c (was a 0.93) to the U.S band has improved dramatically over the past few months from somewhere down near 0.72c. It is a bummer for our export but great for travel OS

I am laughing because I am in the middle of listening to Shopaholic and Sister by Sophie Kinsella and you sound just like the main charcater! But I do the same exact thing...I think it is a girl thing.