All righty, how about something heavy to start the week? I'm actually in a very bubbly, buoyant and fluffy mood today which makes writing something kind of poignant a bit more less devastating, so onwards with the show!

Here is somethings you probably know about me:

*I am very monogamous

*I have zero tolerance towards cheaters (however, that's not to say that if it happened ONCE in a marriage, it can't be something you can work out - I know there are always expectations)

*I would never, ever, in a million years cheat on my current boyfriend. I don't even look at other men anymore (indeed I snarl at them if they come near) because I only have eyes for him

There is something about me that you do not know.

And that is, I, Ms. How Dare You Cheat, am a bit of a hypocrite....for I, once upon a time, have cheated on a boyfriend.

These are the circumstances in which it happened (and yeah, they could be seen as "excuses" but there really is no excuse because when it's wrong, it's wrong):

*I was on vacation when it happened

*I was in a very bad, stressed emotional state

*I was wasted out of my tree

*I was not feeling sexually desired by my boyfriend

*My relationship was getting boring

*I had been cheated on before a few times and what I did could amount to my own brand of vengence and karma against the cheating men of the world, especially since my then bf was a cheater himself


So...it happened. And although all of the above is what lead to it happening, it still is no excuse. I knew what I was doing was wrong but I did it anyway. Did it mean that my relationship with my boyfriend wasn't as strong as I thought? Heck yes it meant that and a lot of other things as well.

That's not to say I didn't feel terrible about it. I moaned to my mother but all she said is "Well, you're not married so who cares?" which is apparently the standard mother response, followed by "that's his karma."


As you can guess though, I am still adamant against cheating. I would never do it again (I have much more respect for my love now), I would never tolerate it against me....but I am glad that it happened. I learned my lesson, got that blunder over and done with....and I don't regret a thing.

We make mistakes and we learn from them. I am grateful that I learned from mine. 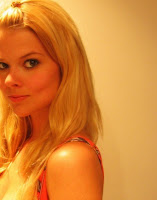 Whew, glad to get that off my chest ;)
Posted by Wanderlusting at 2:36 PM

I am also very against cheating and would not tolerate it in a relationship. However, I have cheated once upon a time and if my partner at the time had've found out about it, I would've expected him to end our relationship

I won't tolerate it in a relationship and knowing someone was a cheater would make me think twice about getting involved romantically with them. But I do think there's a huge difference between
1) having sex versus not.
2) doing it regularly on numerous partners versus doing it once and totally regretting it and realising that you would never do it again nor would tolerate it from others.

There are two kinds of people in the world when it comes to past cheaters. Those that are like 'I have learnt from my mistakes and yes I admit they were mistakes - and can see it from the other point of view and it's horrible'

and the other kind who say

'c'est la vie. I'm not going to say sorry for my past it was fun at the time and I miss those good old raunchy days and if you don't like it, tough. It was my boyfriend's/girlfriend's fault anyway - they weren't giving me sex- but don't worry I don't do it to YOU baby' etc. It's all in learning from your mistakes me thinks and having empathy with the other side.

Yeah I totally agree with you, I see no point in cheating on a partner. If you need to cheat, your probably with the wrong person. Everyone has differing opinions on this, but I wouldnt want it done to me, so I wouldnt do it. But again, like you I have in the past, and it wasnt a nice feeling. Never again!!

See, I was totally ready to give you crap about that whole indiscretion thing, and then BAM pic at the end.


Seriously though, I had a moment ONCE in my previous relationship (that I think I told you about) where I WOULD HAVE cheated. I could have done it, wouldn't have been caught, and was feeling VERY scorned at the time in my relationship. It was near the end (if you don't remember the details of the end shoot me an email, but posting them ain't my style) and I would have had a million reasons to do so...

But I didn't. I could not do it, because I would not have ever forgiven myself for not holding myself to the same standard that I hold others too.

To this day I even feel slightly guilty that I considered it.

I've been cheated on so much over the 3 1/2 years I dated this idiot, that I got to the point where I dont really care whether they cheat on me or not. Would I cheat? I dont know.
It's something I still want to figure out.

What an absolutely fantastic post. I could have written this myself!