I know I haven't blogged at all this month - I chalk it up to writing for CoS, my new job writing for GadflyDreams and writing my third novel (just getting started, anyway). Then there's the relentless job searching too. And of course, I'm lazy and unmotivated. I hate January.

So, in order to perk things up, I took a trip to Seattle to visit my friend Tami. I was going to go the week before but I was still feeling kind of sick. Plus I wanted to go on Thursday, and since we are big Patton appreciators (er, fanatics) and it was his 43rd birthday on that day, we thought it would be fun to catch up and celebrate it. Plus she's moving to LA very soon and won't be a three-hour drive away.

Thursday was great. Went out with her adorable son and had a fabulous dinner. Then got back to her house, put on some Mr. Bungle and other projects and literally stayed up talking music till 4AM. 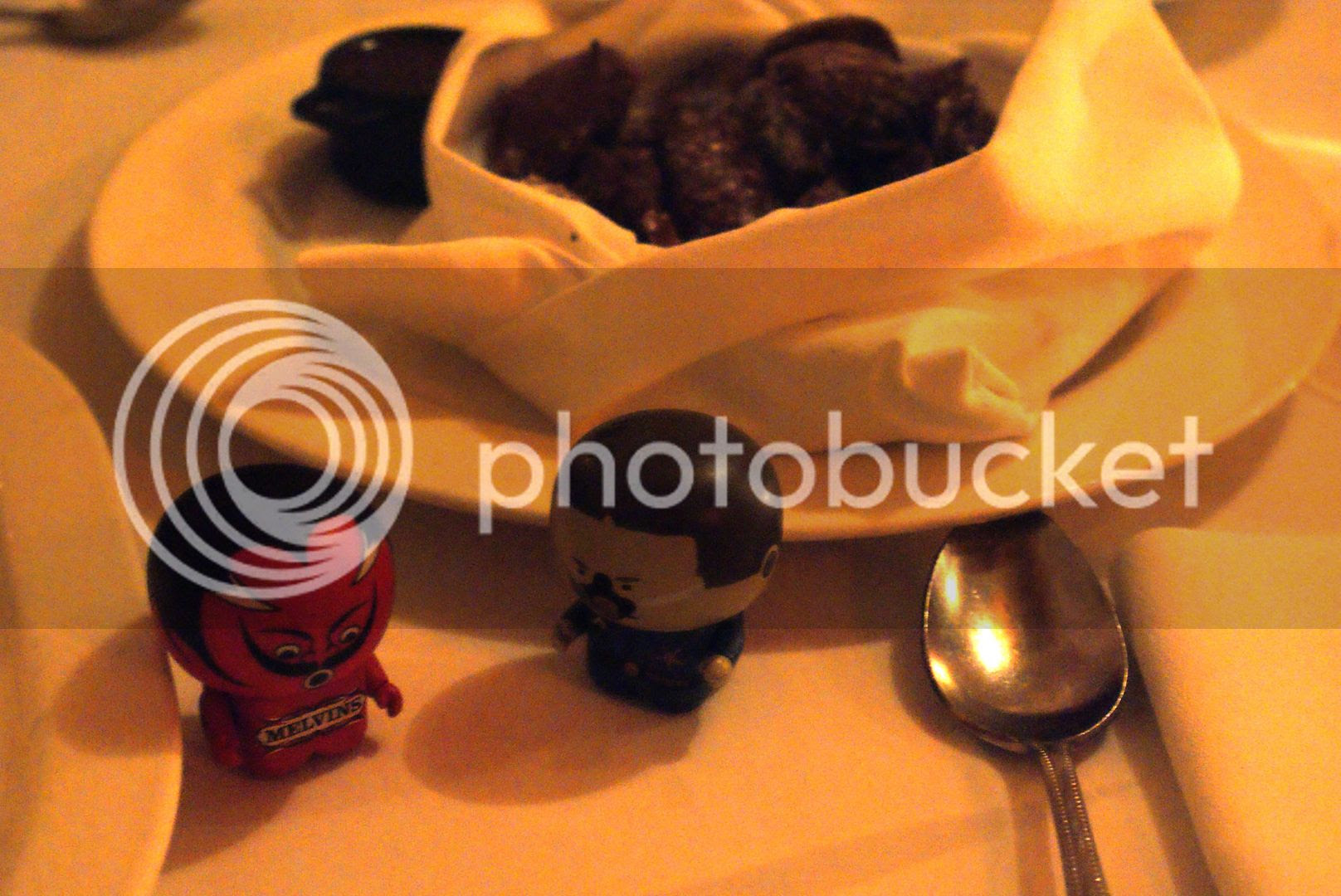 We were a bit sleep deprived the next day but had no time to dwell on it as our friend Simone was also in Seattle that weekend and her friends were throwing her a shindig. So that was a fun time, especially when she commandeered the stereo and we played Mr. Bungle (not always the best party music but we didn't care). Tami and I also talked a lot about certain experiences, and what not and a lot of the time the conversation would keep coming back Mr. Bungle. That's nothing out of the ordinary since we often talk about musicians, but, anyway...you'll see. 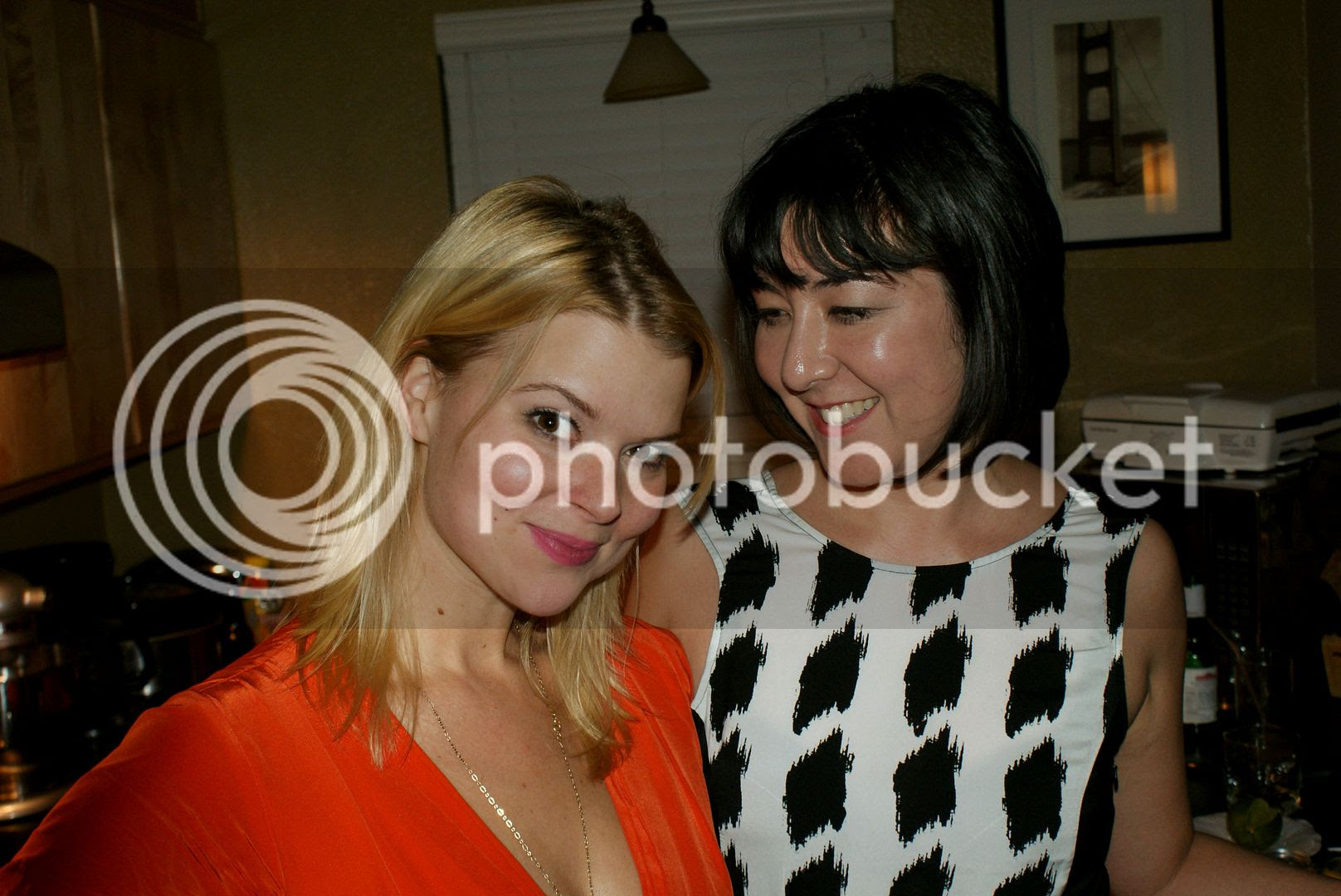 Anyway, next day= still sleep deprived. Think we stayed up till 3AM listening to Secret Chiefs 3. I was supposed to go home that day but Simone randomly ran into Trevor Dunn at a restaurant in Seattle. This is kismet cuz A) they know each other B) neither are from Seattle. Turns out he was playing a show with the Nels Cline Singers that night. So, of course I stayed an extra night (and hoped that adage about houseguests and dead fish wasn't true). How could I pass that up since I was in the city and all?

The concert (which was part of a Is This Jazz? Fest) was held on the 4th floor of this school/church type place. Very unassuming set up, like being in an elaborate looking high school gymnasium. We were told standing room only but the people let us sit at the very front, at the "stage" and on the floor. 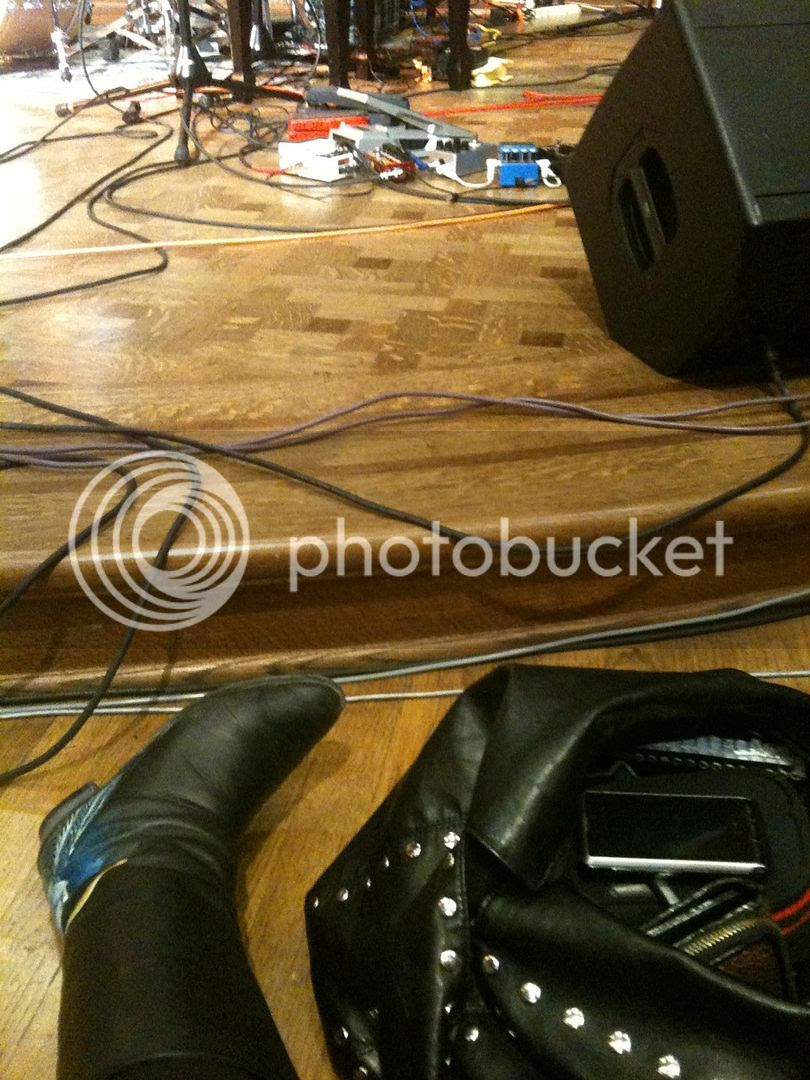 The first band was a local Seattle experimental jazz trio called the Triptet, who were actually very cool. The fretless guitar, sax and drums were all it took to create a range of noises, plus tons of other rattly stuff as well.

After Triptet came the Nels Cline Singers. Now, Nels Cline is the guitarist in Wilco and for some reason Tami and I were mistaken for Wilco fans when we bought our tickets. That couldn't be further from the truth - like a lot of bands, I just couldn't get into Wilco. We were there for Trevor.

But Nels Cline was pretty amazing himself. Watching him work the crazy amount of pedals and effects he has was dizzying. He could make his guitar sound like a horn section and then back to a guitar in seconds flat. He wasn't boring to watch either - he kept his fingers flying at an alarming rate and his tall frame would occasionally rock the fuck out. Mad respect for this guy, he's a guitar genius. 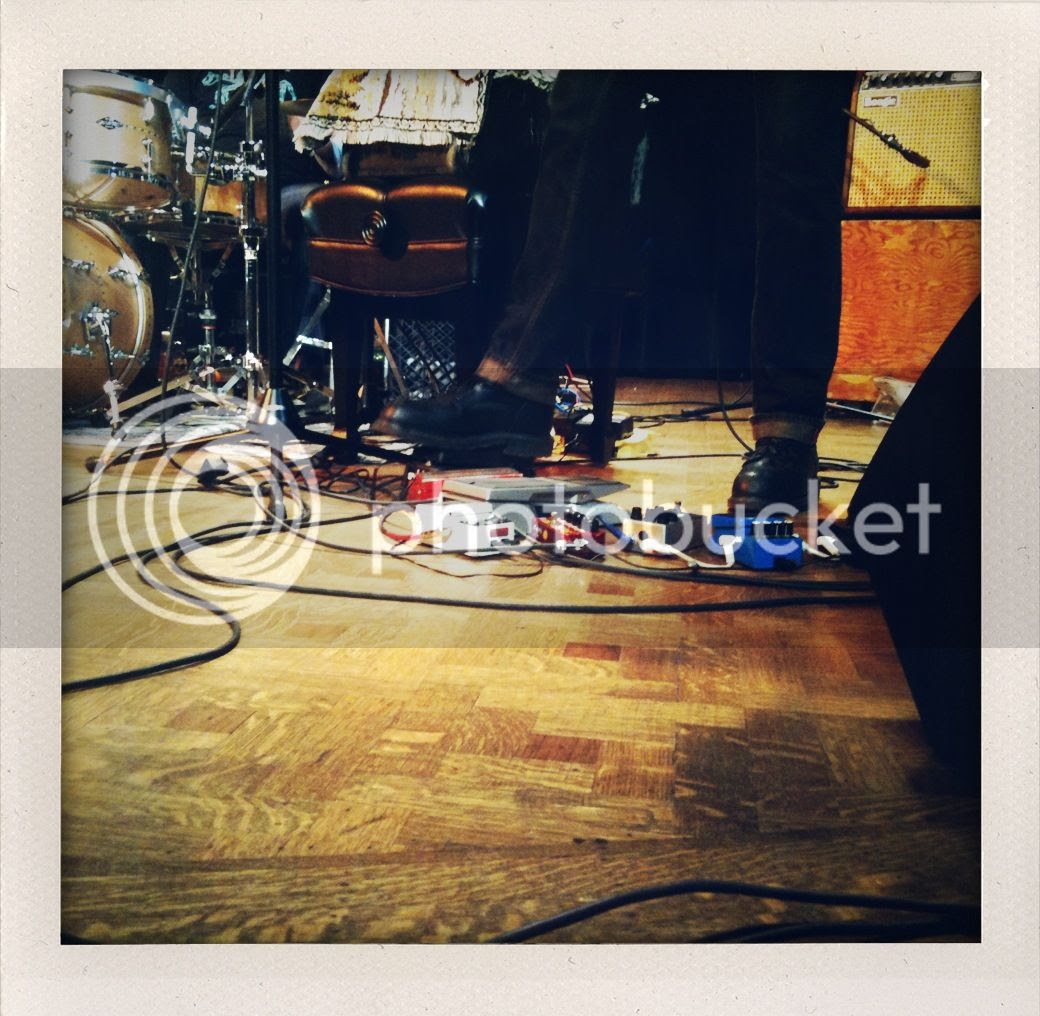 Cline was joined for half of the performance by his wife Yuka Honda who was in charge of the keys. Honda has a very subtle stage presence, but it was a lot of fun to see the quiet, charming looks exchanged by her and her husband while performing.

The drummer was Scott Amendola, who puzzled me for most of the show because I couldn't quite place where I knew him from. I kept thinking Elvis Costello... Hardly Strictly Bluegrass... and kept seeing a photo of him, that I took, in my head. Well, turned out he was the drummer for that fest's Mondo Cane performance. No wonder! Anyway Amendola was brilliant. Jazz drumming is something else and even though on some more straightforward songs like the rocking "Thurston County" he could just drum up a storm, on other songs he was creating these effects that were startling and imaginative. 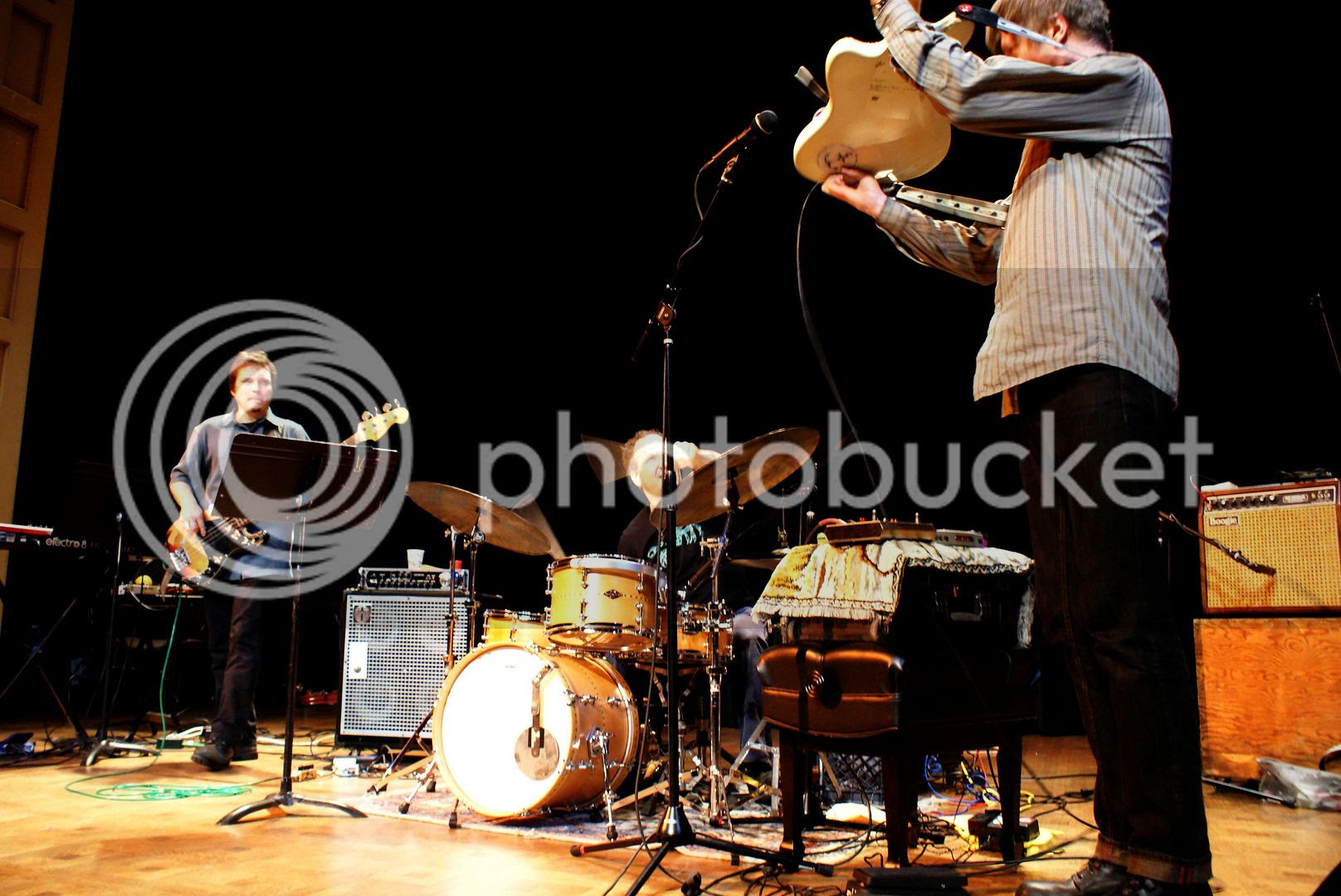 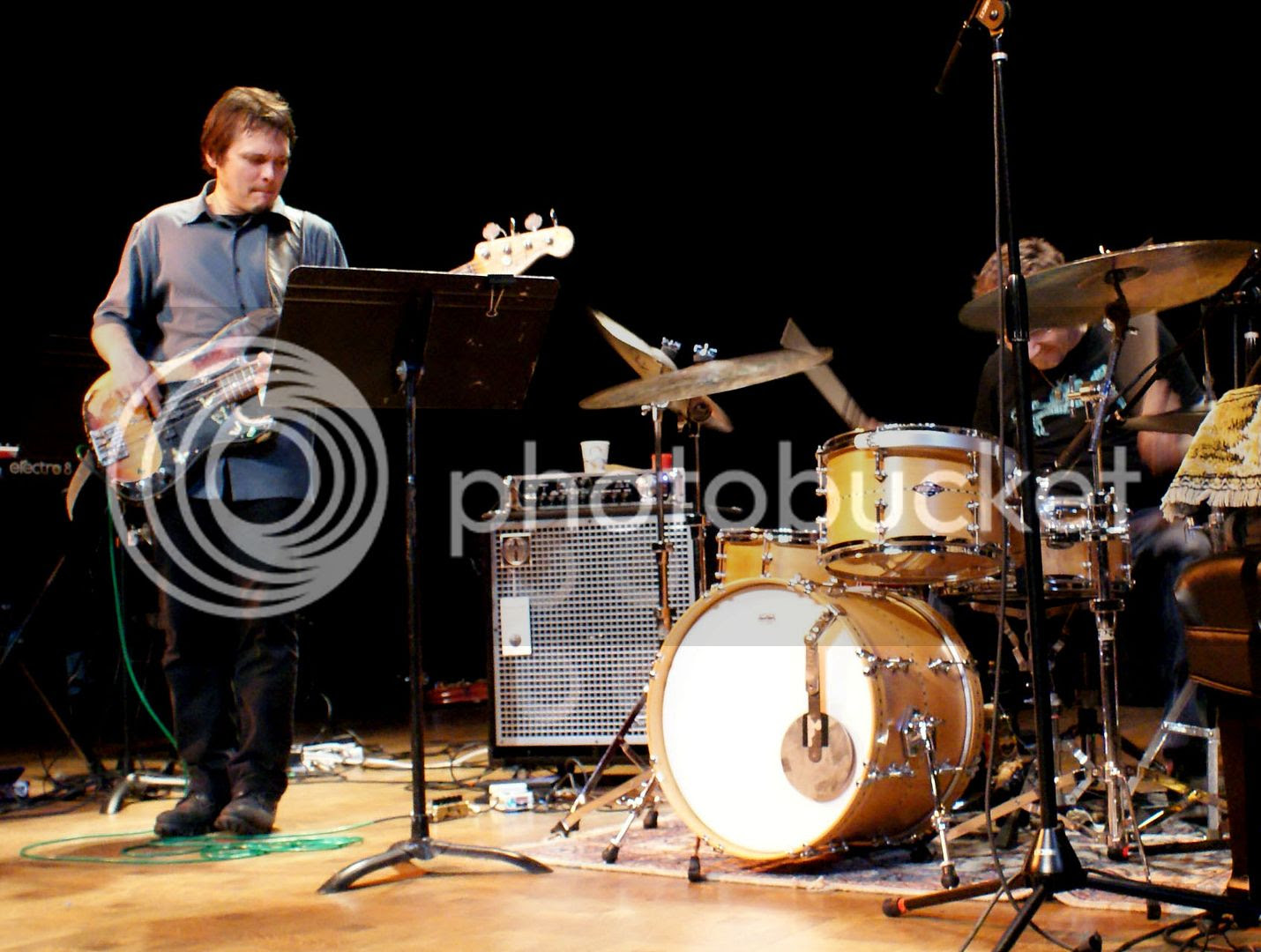 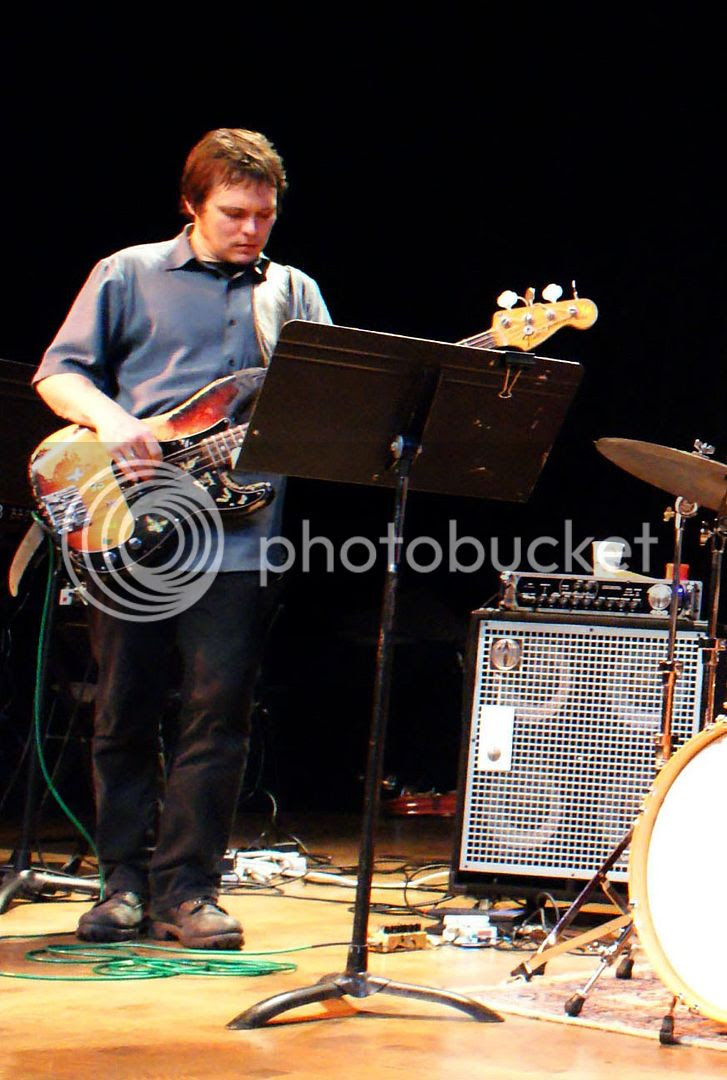 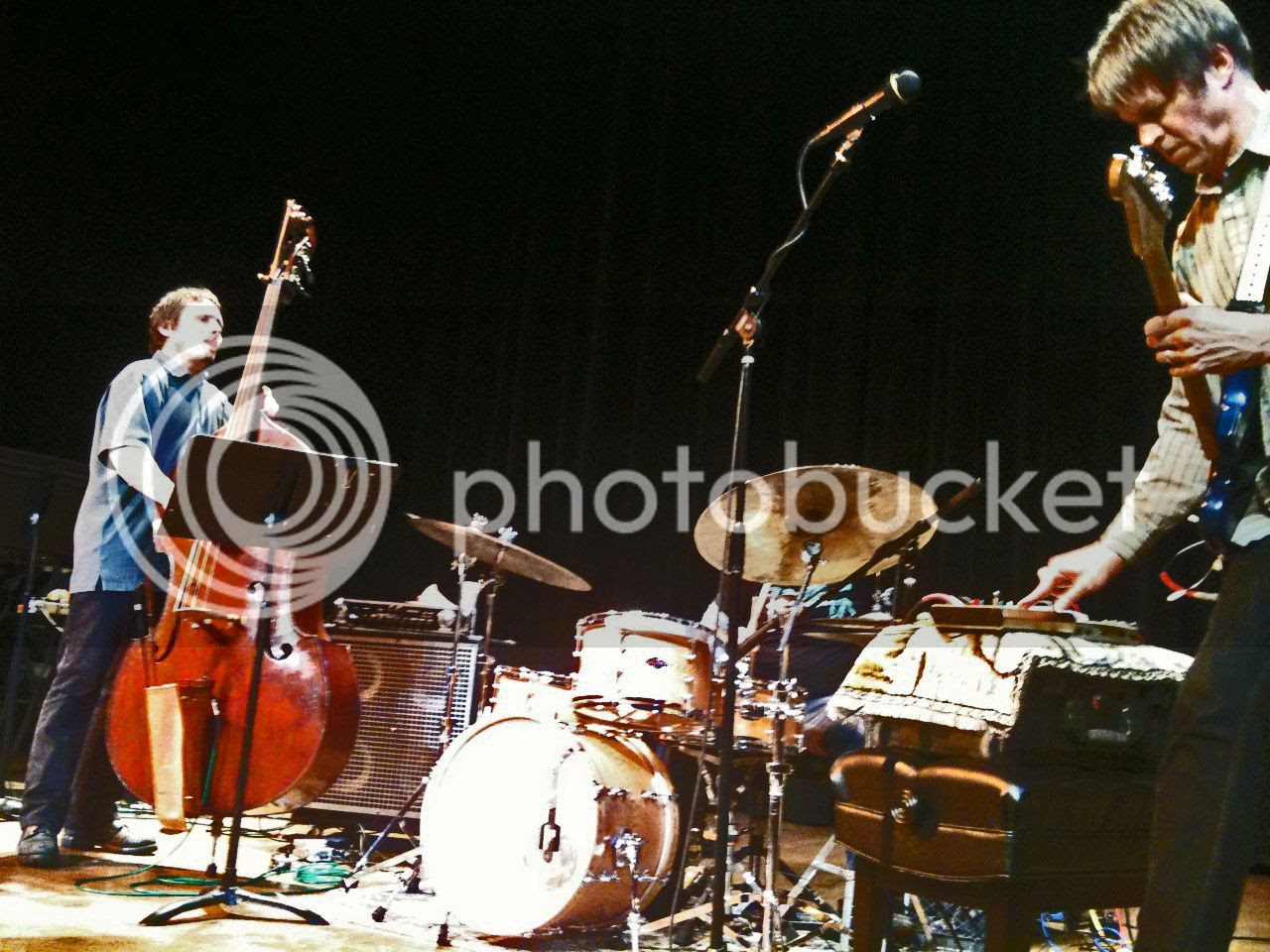 Then of course there was Trevor Dunn, who alternated between a full-bodied stand-up bass (which was bigger than he was) and a beat-up bass that looked straight out of his high school Mr. Bungle years, battered, with faded butterfly stickers and all. Dunn was a joy to watch, not only because of the sheer talent that flew out of those fingers and forearms but because he would get so caught up in the music. Whether he was exchanging magnetic looks with Cline and Amendola, or brow furrowed in concentration at his own flurry of work, he was definitely in the moment. I always knew that Dunn was a fantastic bass player, but to see what he could do live, while switching between both those instruments, was awe-inspiring. And unfortunately just made me jones for more Fantomas and Mr. Bungle lol....ah that bass line in "Dead Goon". We hung around for a bit afterward and talked to Dunn who was really great - and what a cutie. Hard to believe he's in his forties, really. We talked a bit about Mad Love... apparently he didn't really make money on his last your with his band. In fact he lost money. I mean, come on people. If he's in your area and Mad Love is playing, go see the show. Support the artists you love, or at least the record labels you love! It was disturbing to hear how someone so talented was losing money because people weren't interested. What a sad state the US music industry is in... makes me mad.

That said, because he is going to South America with Umlaut and Secret Chiefs 3 in August, and is going to play a few shows in Europe (Portugal for sure) this summer with John Zorn, so at least he's entering a market that's more than willing to accept some avant-garde and brilliant music.

Anyway after our little chat we decided to head home. I know Tami and I were sleep-deprived, and Trevor looked kinda tired too. Though you can't tell from this picture... Seriously. I'm 14 years younger and I somehow look older lol. He says in does that look in all photos now, so maybe I ought to start trying it, heh heh.

Anyway, it was a fabulously random weekend and I couldn't have had more gracious hosts. I didn't know when I left Vancouver that I'd be getting a chance to gab with Trevor Dunn and see him perform as well, and considering we were talking about before he kind of "materialized", made me think it was some sort of serendipity. Who knows? Life works in mysterious ways ;)
Posted by Wanderlusting at 3:58 PM

My 20 year school girl crush on Trevor Dunn continues, thanks for posting the pictures! Crazy thing is Meg and I were talking about Dunn that night too. After seeing him play with Bungle the first time in the early 90's I knew I would always be watching bass players at shows. He is a total cutie btw.
What a wonderful weekend with amazing women and music! I was jealous the minute you told me you were going!

You have the most fabulous musical adventures. You were made for this job and I love reading all about it here. Plus you open me up to people I have never heard about. now I'm off to check out Trevor Dunn.

Keep up the good work. I enjoyed reading about your weekend. Loved the mini Melvins and MisterP bonding. Good luck on the job search.
Regards, Lola

Great write-up, K! I caught the first set in Portland... fucking amazing talent that group has - all four members. Sean Lennon also played with them on one song (just tamborine, but fun nonetheless, as I had just seen Sean's group Friday night in Portland)...

You and your crazy adventures! I miss Vancouver's proximity to Seattle! :D

ohhhhh that sounds amazing. I really miss talking music to people. I have so few friends who are fanatics! wahh.

sounds like an awesome weekend! i'll be seeing these guys in sf tomorrow. hopeully it'll bring out MP & TS to come out and check out the show... *fingers crossed for my random bungling thursday night*

California has got to be one of the greatest underrated / ignored albums of all time. I also really love that era in Mr. Bungle, where they were doing shows without the masks and in Hawaiian shirts.

Also, I found a great bungle bootleg shirt coming to you all the way from Hong Kong over here –

So much fun! Great photos..it's hard to capture guitarists..they move so fast!!!

I have an official California white shirt. Looks slightly different. The graphics on that one from Hong Kong seem a bit... "bootleggy."

I'm so behind on this, but you ladies are adorable. Awesome times with Bungle weekend! 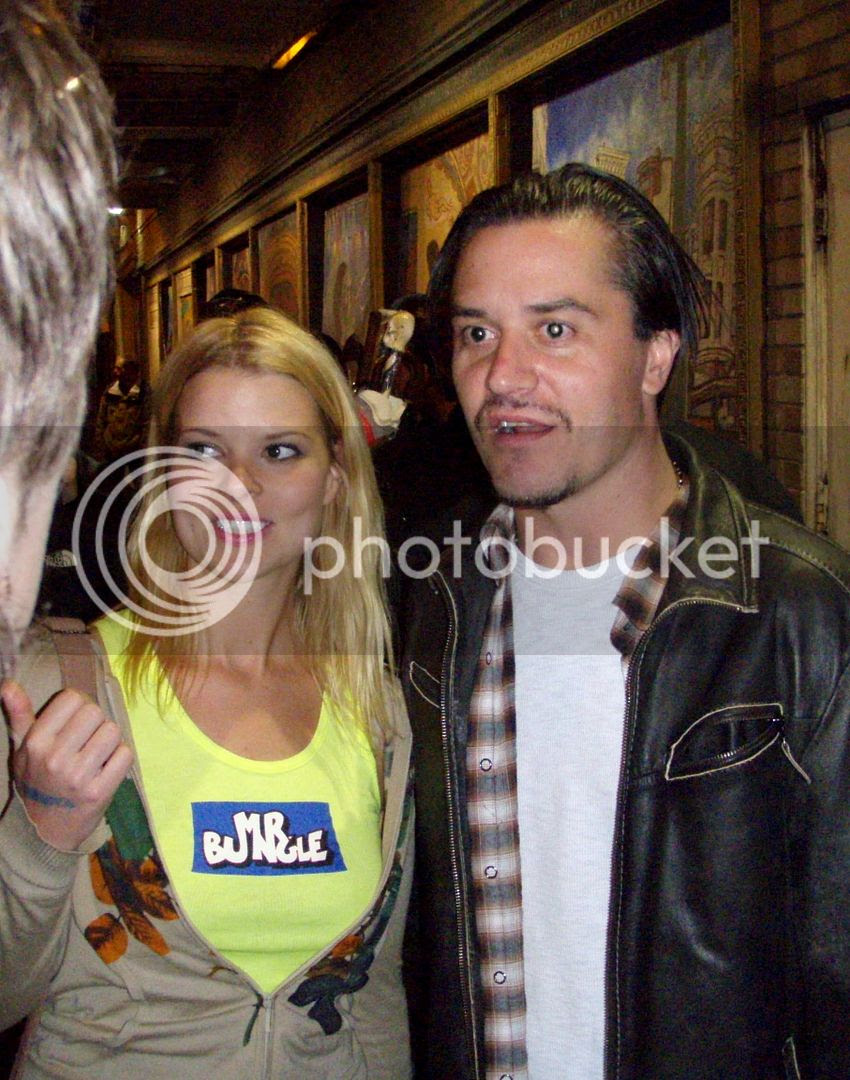 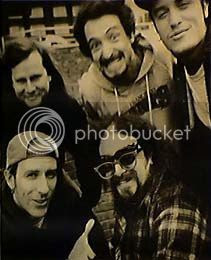 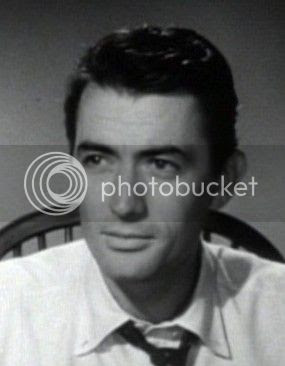 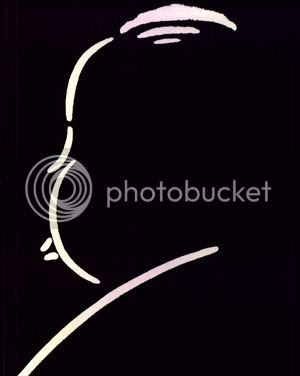 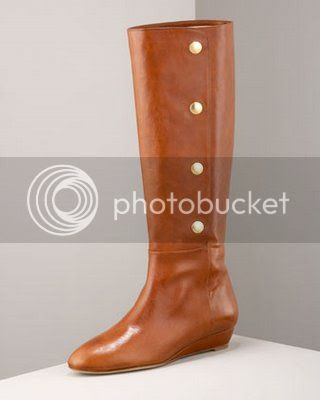 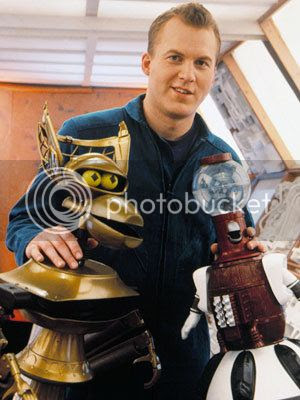